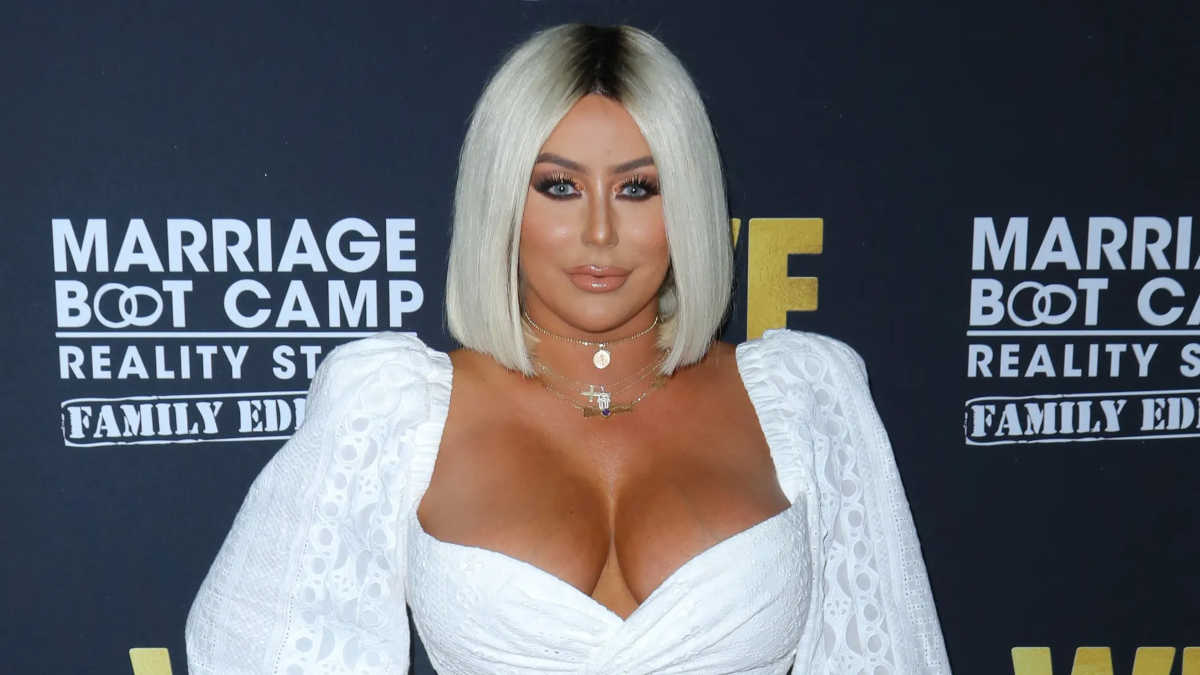 Singer Aubrey O’Day responds to accusations that she took photos of herself on social media.

However, on Sunday she took to Instagram to respond to these accusations.

The one-time reality TV star shared a series of racy images of herself wearing a bikini. In one of the pictures, she is seen hugging the gates of ‘heaven’ while the other picture shows her embracing Jesus.

She captioned the post with a caption that read, ‘took the PJ [private jet] to Heaven at the end of the 24th.. I wanted to share with you how beautiful it was.. we also ran with Jesus and hugged him.’

The social media personality continued, ‘Not that I need to explain myself, but I’ve been in this industry for over 20 years and I’ve been traveling the world since I was 7 years old.’

O’Day then went on to add, ‘If I want my Instagram to be curated like an ART museum then that will happen. I am an artist, a REAL creator. I do all my creativity from my music to my flicks.. everything from my hair, glam, nails, style, background, editing, shooting, and the weather isn’t always perfect when I shoot, and I’m on vacation alone.’

She concluded by typing, “Respect my aesthetic, I work hard to give you beautiful content that feels the way the places I travel vibrate.. because I want you all to vibrate high with me.”

Most recently, a TikTok user shared a video of Aubrey O’Day claiming that her vacation pictures were allegedly altered.

The allegations come more than a year after O’Day announced that she was starting a “new life” abroad. She left the United States after the post.

The former Danity Kane singer then shared several pictures that were allegedly taken during her exotic vacation. It included destinations such as Bali and the Greek island of Santorini.

However, social media was uncertain about its authenticity. So, some users called out O’Day for faking her vacation pictures.

According to netizens, she has been posting altered pictures of herself since July 2021.

She went on to write, ‘I don’t even know if she went to Indonesia, like, nothing.’