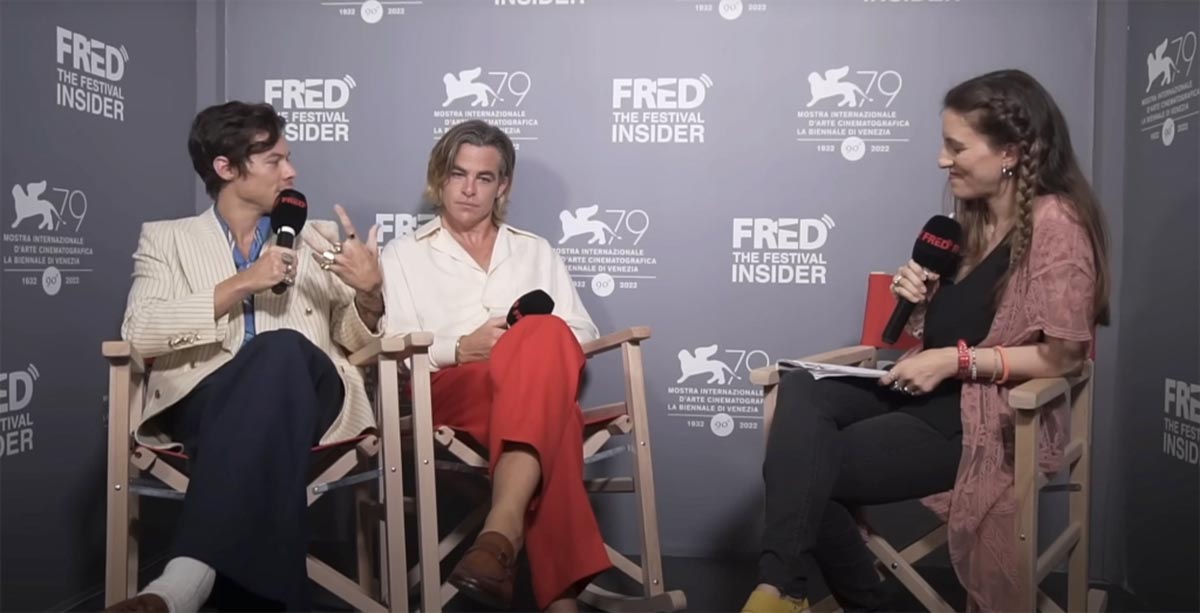 Chris Pine became a viral meme on social media after fans noticed his reaction while Harry Styles responded to reporters.

A video from a recent joint interview of Chris Pine and Harry Styles for their upcoming film ‘Don’t Worry Darling’ has been circulating on the internet.

This shows that the 42-year-old actor seems to have been out of it while his co-star Styles talked about their new movie in an interview.

Additionally, Pine is seen staring at the floor with a blank expression while the 28-year-old singer says, ‘I think, you know, my favorite thing about the movie is that it feels like…a movie.’

The former One Direction member went on to add, ‘You know, it’s like a real movie, like, going to the theater. You know, the reason why you go see something on the big screen

In addition, the clip is likely to be during the red carpet premiere of ‘Don’t Worry Darling’ at the Venice Film Festival.

Pine and Styles walked the red carpet together with actress Florence Pugh and director Olivia Wilde.

Many users took to social media to joke about the incident with some suggesting that Chris Pine was ‘dissociating’ when Harry Styles was speaking.

One fan wrote, ‘You can almost see the screams catch in his throat.’.

While a second user said, ‘I understand you, Chris Pine. I also want to disassociate from what is happening around me.’

Another chimed in, “I’ve been a die-hard Chris Pine fan for almost 20 years now so I consider myself something of an expert, and I can confidently say he’s rethinking all of his life choices here.. . literally dissociates from his surroundings.”

A different user mentioned, ‘why does Chris pine look like he’s going to unwittingly train for some tributes to the 74th hunger games rn.’ They were referring to the Hunger Games character Haymitch Abernathy who was played by Woody Harrelson.

Someone added that Pine was ‘going through his Joker moment’ while the Watermelon Sugar singer was speaking.

Meanwhile, Better Health claimed that ‘dissociation’ is a mental process of disconnecting from one’s thoughts. Often experienced by people who have suffered trauma.