LITTLE People, Big World alum Audrey Roloff has raised another concern after posting a chilling new photo of her and her son Radley to her social media account.

Audrey, 31, admitted in her latest Instagram story that her one-year-old son Radley had a fever.

In the photo the ex-TLC star shared on her Instagram Stories, she was holding a seemingly flustered Radley.

The youngest child Roloff captured in the photo cuddled up to his mother, staring at the camera as he apparently angrily sucked on his pacifier.

Of course, the mum-of-three cuddled her baby boy cradling him in her arms during the photo shoot.

Audrey captioned the otherwise heartfelt snap, “fevers and flight in the same day”, implying the baby had taken something that day. 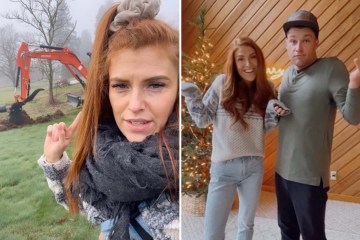 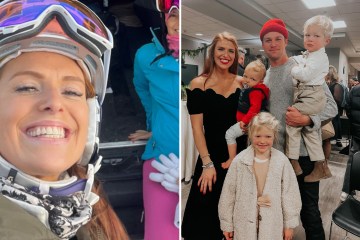 Between Radley’s super flushed cheeks and upset facial expressions, it was obvious the kid was going through something uncomfortable, like a fever.

Not to mention that Audrey looked a bit exhausted in the picture, like she’d been taking care of a sick baby all day.

While the former reality star legend’s first half was unhappy, the other half was a little disturbing.

Audrey’s transparency and seemingly nonchalance about her son’s theft amid fans criticizing her for questionable parenting choices suggests she’s not bothered by the backlash.

Recently, fans slammed Audrey after posting a video of her children Ember, 5, Bode, 2, and Radley, in a crib together on her Instagram Stories.

In the video’s caption, Audrey explained that “every time” she needed to shower, she put all the kids in the crib.

Throughout Audrey’s video, Ember was captured dragging each of her brothers through the cradle, jumping on Bode’s back repeatedly.

The dangerous interaction that Audrey shared on social media appears to have been caught on the surveillance camera installed in the children’s room.

Many fans found the once TV personality’s story appalling and called out the Roloff matriarch for shedding light on her children wildly engaging in the crib.

Critics have taken to Reddit to hurt Audrey and hold her accountable for her unsavory parenting choice.

One fan asked, “Does anyone else find this disturbing?”

In response, a second fan admitted, “Standing around and jumping on babies? Oh my god, that’s so disturbing.”

A third cracked fan: “Did she film this or take it off the baby monitor? WTH, just give them their iPads and you won’t hear a peek from them. No need for trauma.”

Another slammed: “What is she jumping on the little boy. Does this woman think this is normal?? Bad parenting for me.”

Another fan claimed: “Considering that neither parent is employed outside the home. It’s not just disturbing, it’s silly. But…well…these are…well… idiots.”

Some fans even blamed the man of the Roloff household, Jeremy, 32, for not getting up to watch the kids while his wife showered.

One fan asked, “Jeremy can’t watch HIS kids so lol can shower? That’s stupidity beyond my comprehension and dangerous. Idiot.”

Israel investigates legality of US giving artifact to Palestinians

Chicago: Woman charged with keeping her mother’s corpse in the freezer for two…