As far as pilgrimages are concerned, riding a Royal Enfield to the Rider Mania festival has to be on every owner’s to-do list. Which should explain why I jumped at the opportunity of attending the 2022 edition of the event and set a course for Goa on my long-term Hunter 350.

Halogen headlight has a good spread and lights up a dark highway very well.

Mounting the almost five days worth of luggage for the trip, totalling 40 litres, was easy; the partly exposed sub-frame under the seat serving as an anchor point to loop the mounting straps for my modular luggage system. Once strapped on the bike, not only did the luggage sit securely, it also helped address an issue that’s been the bane of the Hunter since inception. The stiff rear shock absorbers, even in their softest setting, resulted in a jarring ride over broken roads. But, mounting the luggage was the remedy to the pain of dealing with the stiff shocks. The ride quality improved by a significant margin and the Hunter could keep up with a pack of Royal Enfield Classic 350s (a motorcycle based on the same platform with better suspension) on bad roads. This without the rider wincing in anticipation of an unwelcome thwack on the back. That’s one of the biggest revelations I had on the near 1,200km round trip to Goa. But wait, there are a few other bits that impressed me too. 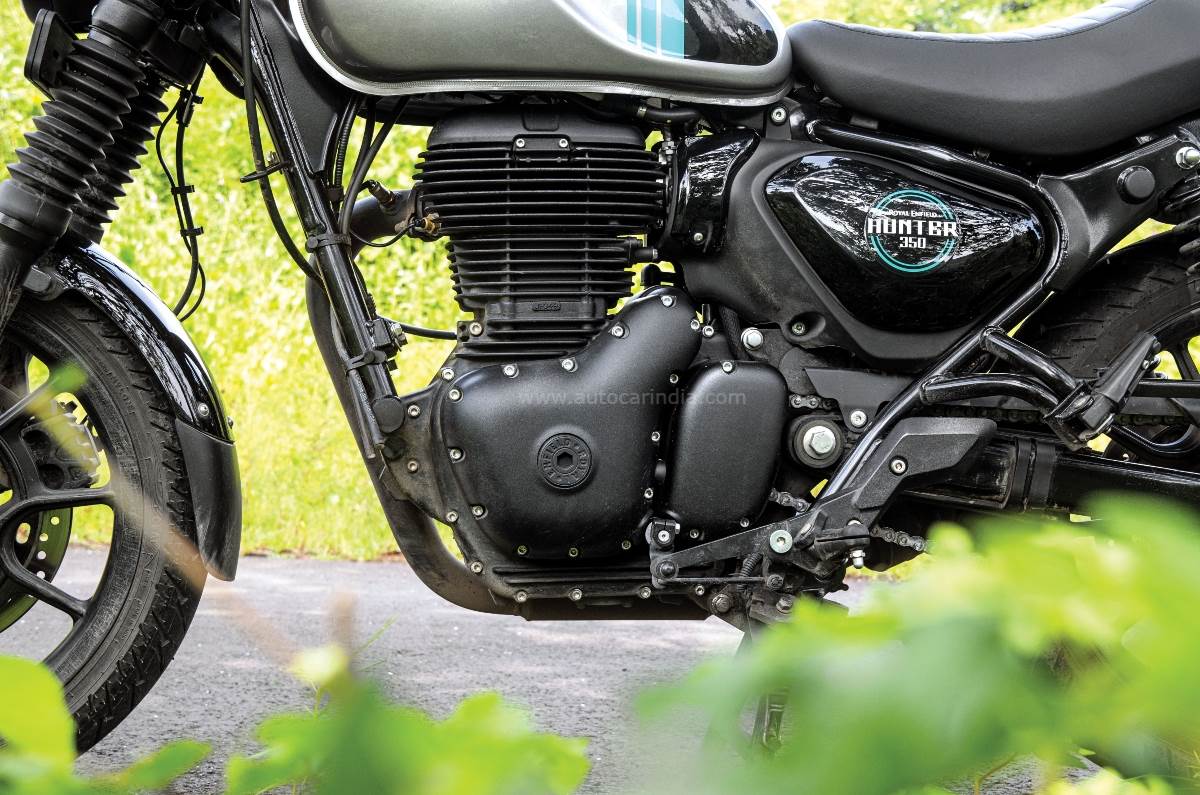 The Hunter’s engine, for instance, took to the role of highway cruising without any hiccups. At 90-100kph, there were minimal vibrations, and I could sit without feeling strained. The best part was that, even at those speeds, the Hunter returned a respectable 35kpl, helping me keep my ‘Goa budget’ from shooting over limit. Secondly, the bike’s halogen headlight did a good job of illuminating a few dimly lit and oftentimes dark roads in and around Goa. And if you’re wondering whether the seat and riding position were comfortable enough for my 550km, single-day trip from Mumbai to Goa, I didn’t face any back aches or sore shoulders. That said, Royal Enfield’s catalogue of official accessories has a very neat looking ‘Touring’ seat that I plan to install on my Hunter, before I embark on my next sojourn in 2023. 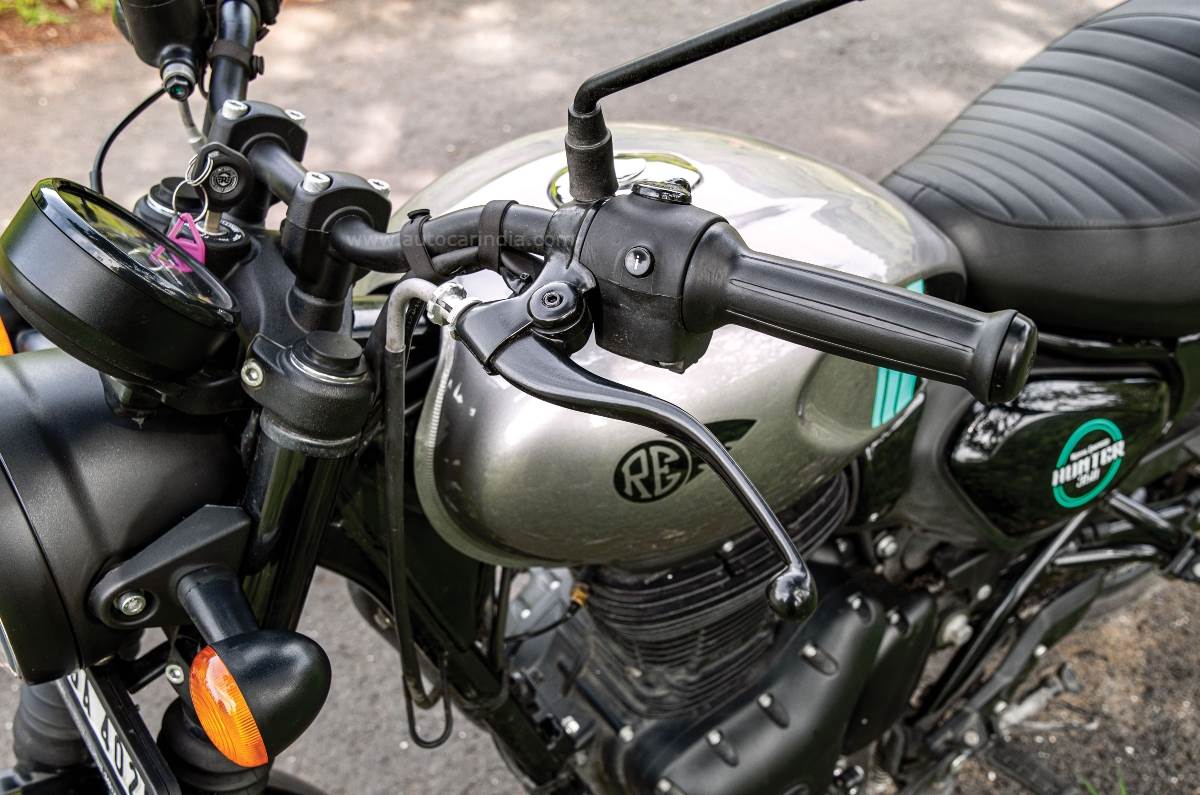 Niggles? Well, there are few. The clutch lever action is a bit too heavy for my liking. I’ve spent the better part of the kilometres accrued on this bike’s odometer commuting to the office and back home. And even after spending so much time riding the bike in Mumbai’s rush hour traffic, it is still taxing to deal with it. 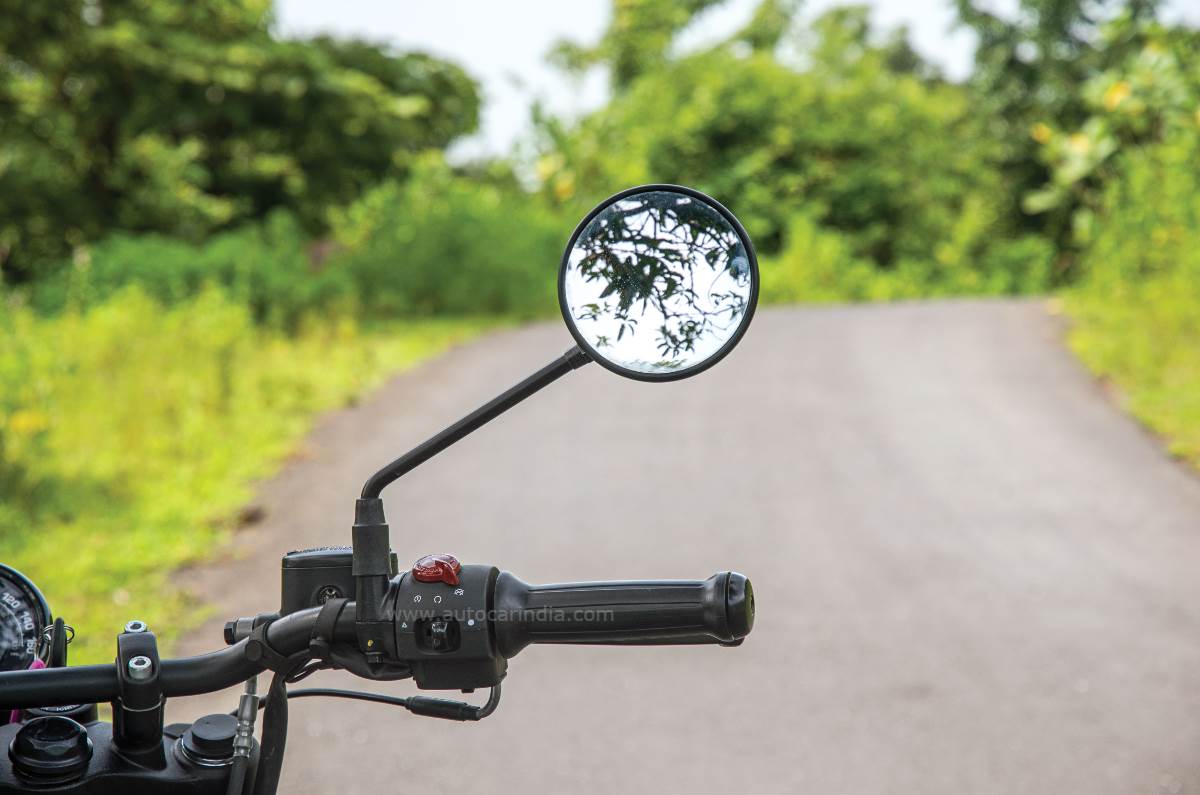 The mirrors are small and don’t give you a full picture of what’s behind the bike.

The mirrors are small and can barely show what’s behind, with my arms filling up most of the view in them. I get the point of parts sharing and economies of scale, since these are the same mirrors on the other J-platform REs, but a city-focused bike ought to have functional mirrors. Imagine having to keep looking over your shoulder while riding through traffic before switching lanes. A solution in the form of aftermarket mirrors or at least installing blind spot mirrors on the existing units may help. That’s an experiment I’ve reserved for 2023, among other plans with this bike.