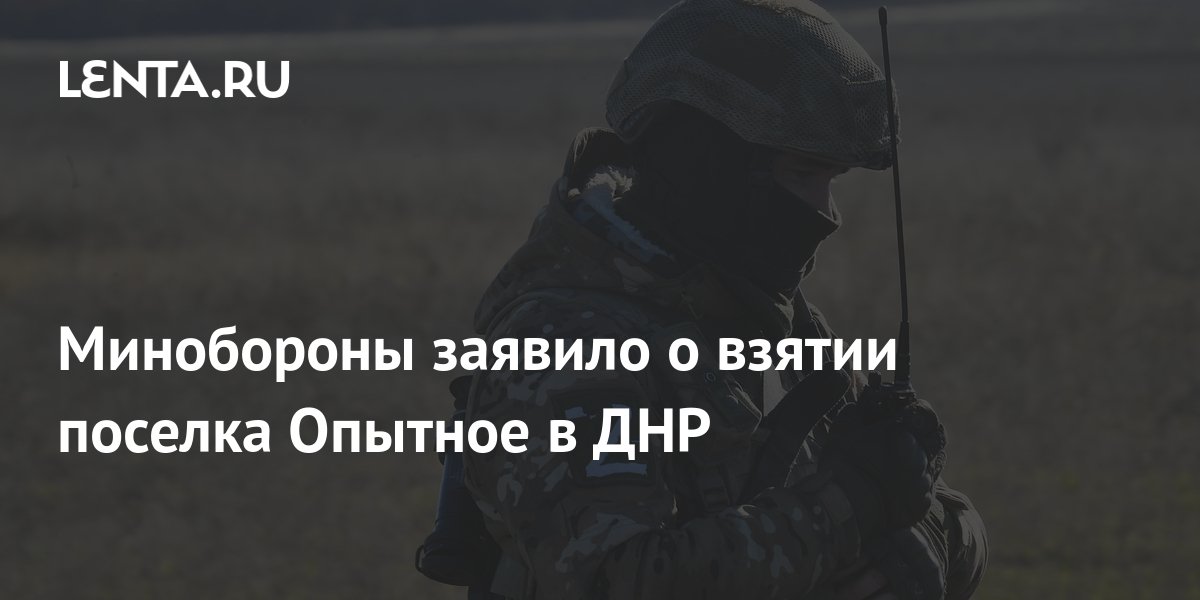 Russian forces captured the village of Anubhav, located in the Donetsk People’s Republic (DPR). This was announced to the press by the Russian Ministry of Defense on Friday, November 18.

“The enemy unsuccessfully attempted to counterattack in the areas of the settlements of Sladkoye, Vladimirovka and Pavlovka of the Donetsk People’s Republic to stop the advance of the Russian army,” the Defense Department explained.

With the help of Russian artillery strikes and attack groups, all counterattacks were repulsed and units of the Armed Forces of Ukraine (AFU) were driven back to their original positions.

As a result of unsuccessful counterattacks, more than 100 soldiers of the Armed Forces of Ukraine were killed and wounded. Besides, one tank, three infantry fighting vehicles (IFVs), two armored personnel carriers and seven vehicles were destroyed.

Earlier it became known that the Russian army took control of the settlement of Pavlovka, located in the DPR, during offensive operations.

On February 24, Russian President Vladimir Putin announced the launch of a special operation in the Donbass. Thus, according to him, Moscow responded to requests for military assistance from the heads of the DPR and the Luhansk People’s Republic (LPR).

Economic pessimism spread among the Spanish in November