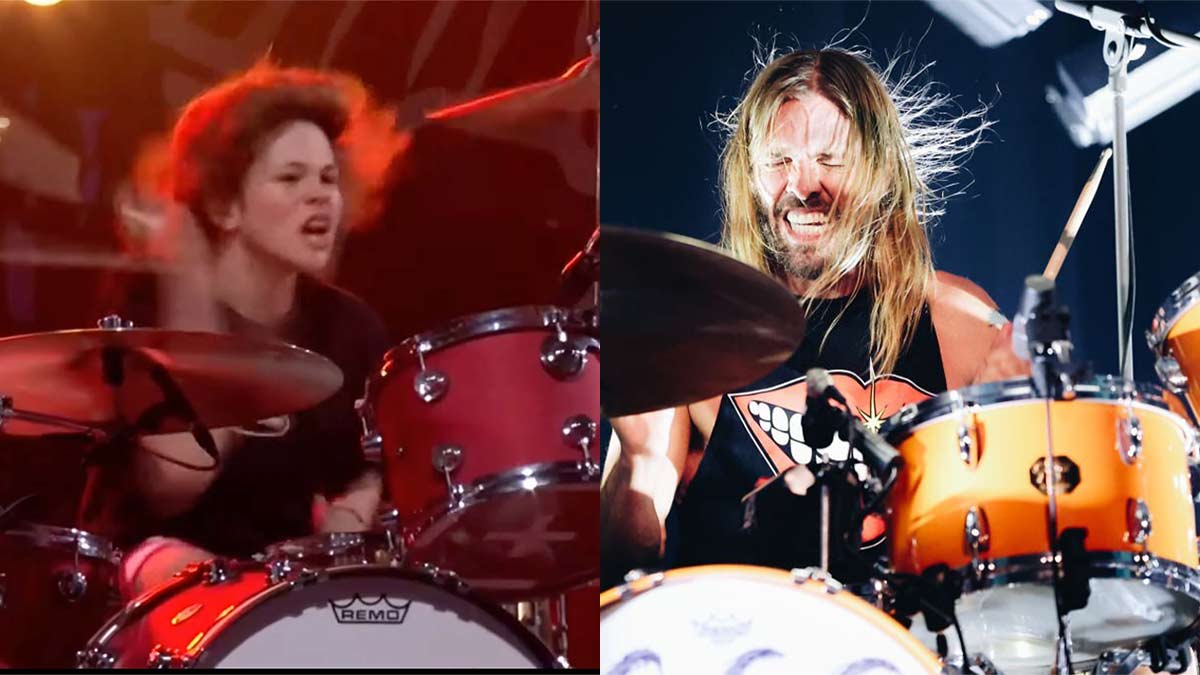 Taylor Hawkin’s 16-year-old son plays “My Hero” on drums with Foo Fighters in tribute. The drums played by Oliver Shane Hawkins, son of Taylor Hawkins were a tribute from his son to him after Taylor’s death this year. Shane’s show with Foo Fighters and other celebs was a hit. Since he introduced the talent of Shane on the drums at the same time he even made everyone remember the great Taylor Hawkins.

Read on to find out more about Taylor Hawkins’ son, Oliver Shane Hawkins, playing drums with Foo Fighters to pay tribute to his father.

Taylor Hawkins died unexpectedly in March of this year

Taylor Hawkins, popular as an American musician and rock drummer for the band Foo Fighters was a famous artist who died earlier this year in March. That definitely left a void in the music industry, especially Foo Fighters. However, a special tribute has recently been given to him.

After the death of Taylor Hawkins, his fans were missing him as the drummer for Foo Fighters. However, Foo Fighters recently returned on Saturday with a show that had a special drummer instead of Taylor this time who won everyone’s hearts.

It was this Saturday during a show that was supposed to feature Foo Fighters. That the band introduced a new special drummer to play during the show. At London’s Wembley Stadium, the anthem My Hero by Foo Fighters was played. But before the song starts a black and white photo of Taylor Hawkins and Shane Hawkins appears on the screen.

During the song “My Hero”, the frontman of Foo Fighters Dave Grohl introduced all with the new drummer for that night Oliver Shane Hawkins. Shane is Taylor’s 16-year-old son. As Dave continued to perform with the song My Hero. Shane played the drums to pay tribute to his late father.

More on the Foo Fighters event with Shane Hawkins

As Oliver Shane Hawkins played the drums, Dave went on to say that he had never seen anyone play the drums so hard before. The London event just didn’t have Shane Hawkins and the Foo Fighters to light up the stage. Rather we had Travis Barker, Kesha, Paul McCartney, Wolfgang Van Halen, and more.